In early February Jessica contacting me about booking another family photo session (I had the opportunity to capture some of Sawyer’s first moments when I took her newborn photos back in November 2011). Apparently little Sawyer was entered into a modelling contest & required updated photos which I was enthused to take. We started off with some traditional studio photos taken in my basement & later headed to the Elks/Kinsmen Park in town where we finished off the session. It was a beautiful day in February and in some photos, you’d think it was summer! Thanks again to the Kotelko family & I wish Sawyer the best of luck in her modelling contest; I’m sure she’ll blow away the competition!!! 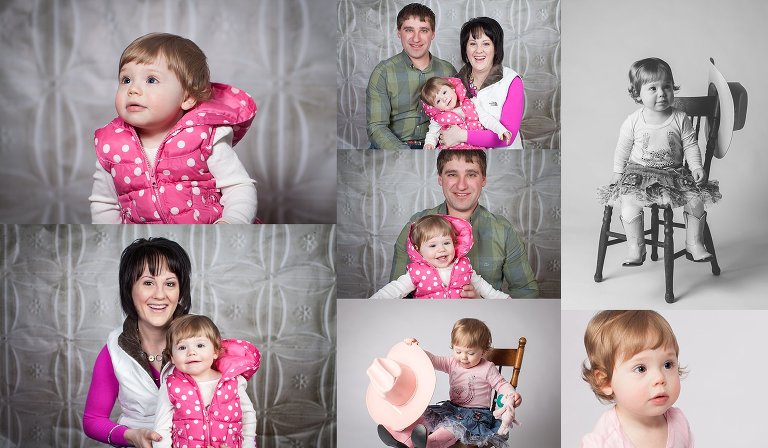