June 4, 2016 was a beautiful sunny day and marked the date of Brianna and Jason’s wedding. Being the first wedding of 2016 for us, we were excited to hit the wedding season off with bang as we spent the day photographing a group of people who we’ve had the chance to grow close with over the years.

We spent the morning with the ladies getting ready and later headed to the Social Center where the ceremony was held. I’ve shot many receptions at the Social Center but this was my first time shooting a ceremony at this venue. All I can say is that they did an AMAZING job converting the reception hall into a gorgeous, elegant ceremony!

We had a blast photographing the wedding party…especially considering I’ve spent a good amount of time over the years having drinks with the majority of these dudes! Jason and Brianna are two of the kindest people we know and were great to work with again. They certainly made our day that much easier as their natural love for one another shone throughout the day!

Jason is originally from Ontario and, therefore, there were quite a few guests from out east (many of which were meeting Brianna for the first time which was fun)! As expected from Brianna’s tasteful eye on decor, the reception hall was absolutely beautiful! The navy and coral coloring were prominent and exquisitely tied the wedding party into the theme of simple elegance and clean lines. The string of lights on the ceiling throughout the hall warmed the atmosphere and made for some great dance photos. I especially enjoyed the wedding cake which was not only beautifully decorated but was also, hands down, the most delicious cake I’ve ever tasted!

Thanks for an awesome time and kicking off our wedding season with a BANG! We wish you both the best and hope you enjoy your second wedding reception in Ontario later this summer! 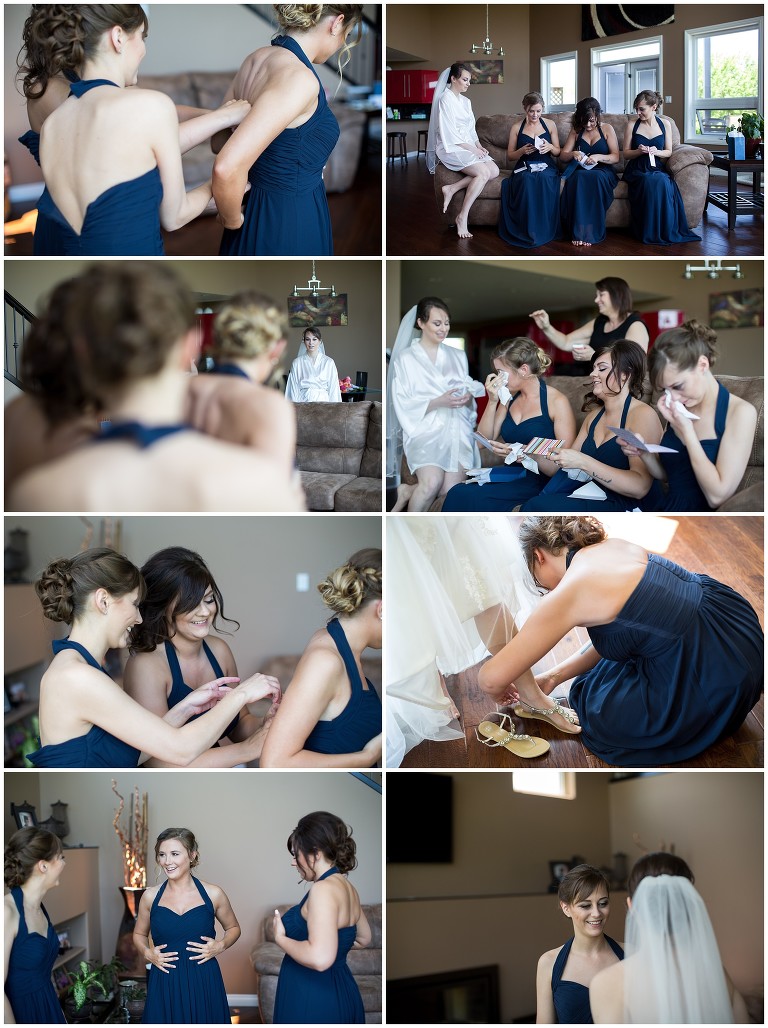 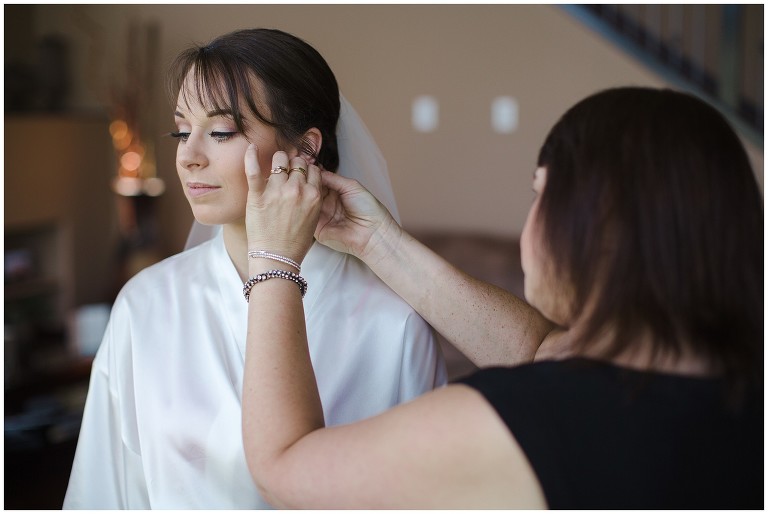 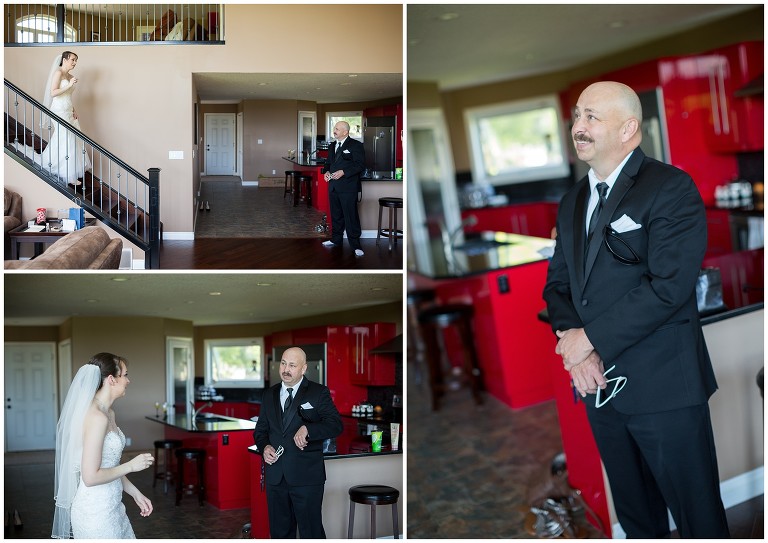 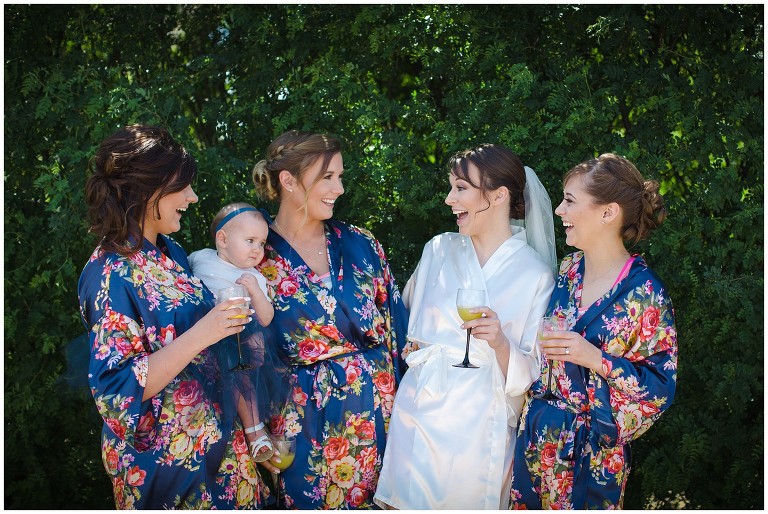 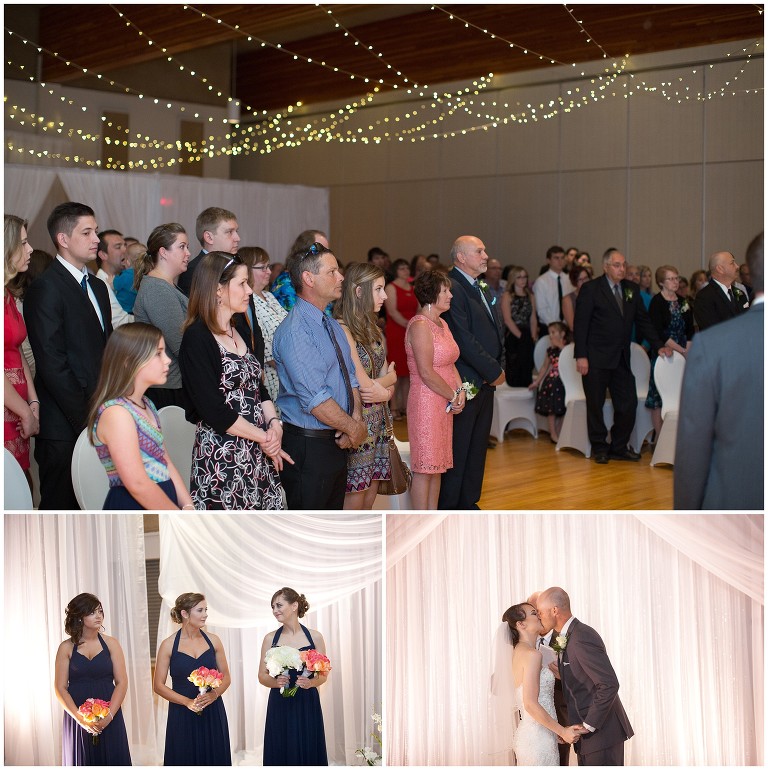 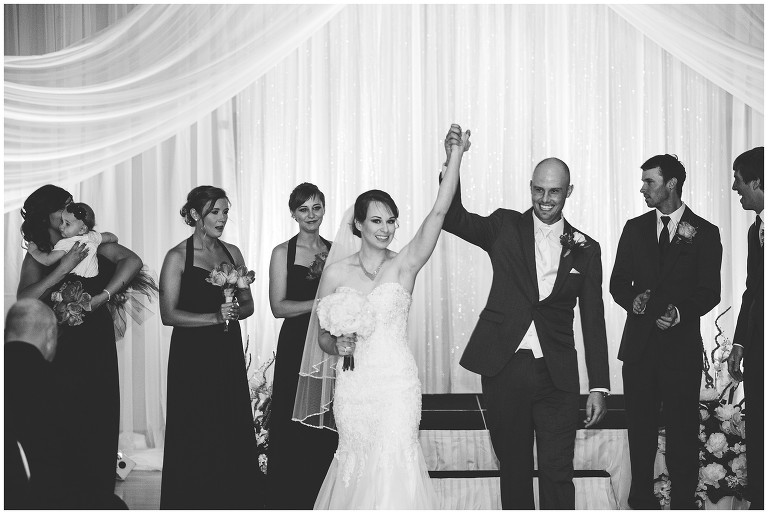 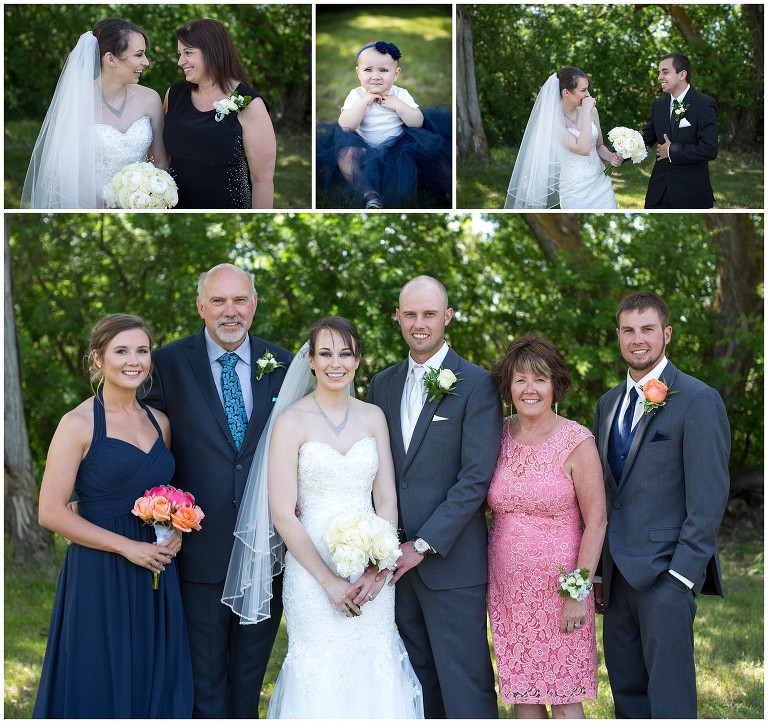 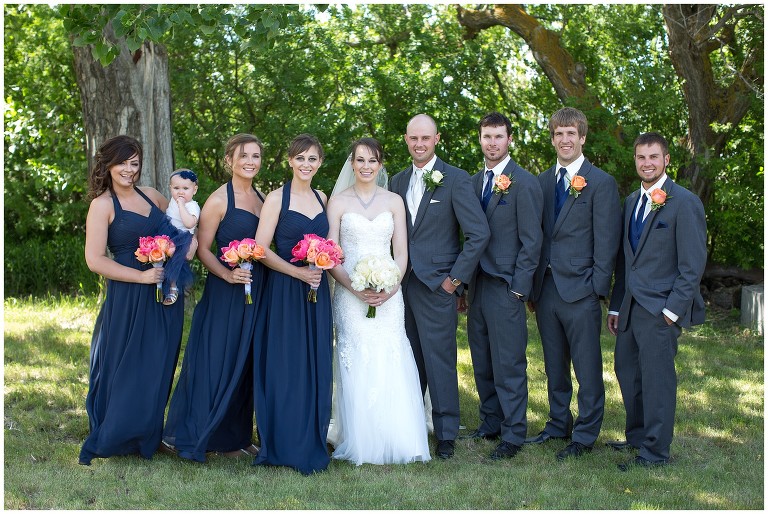 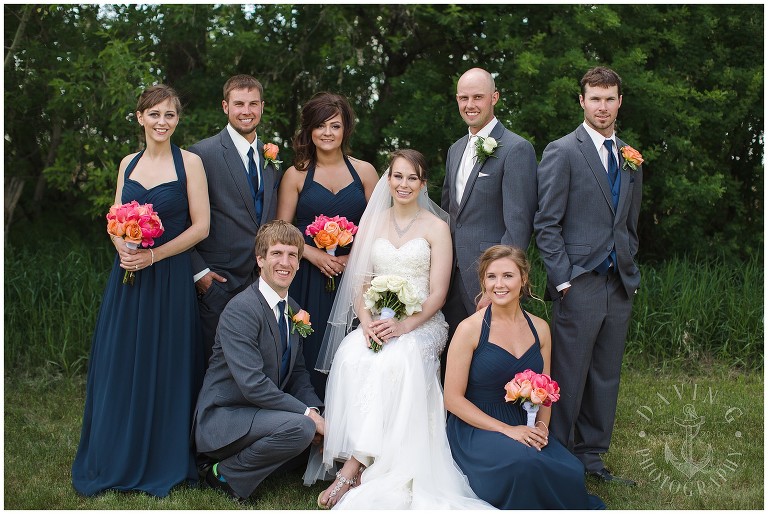 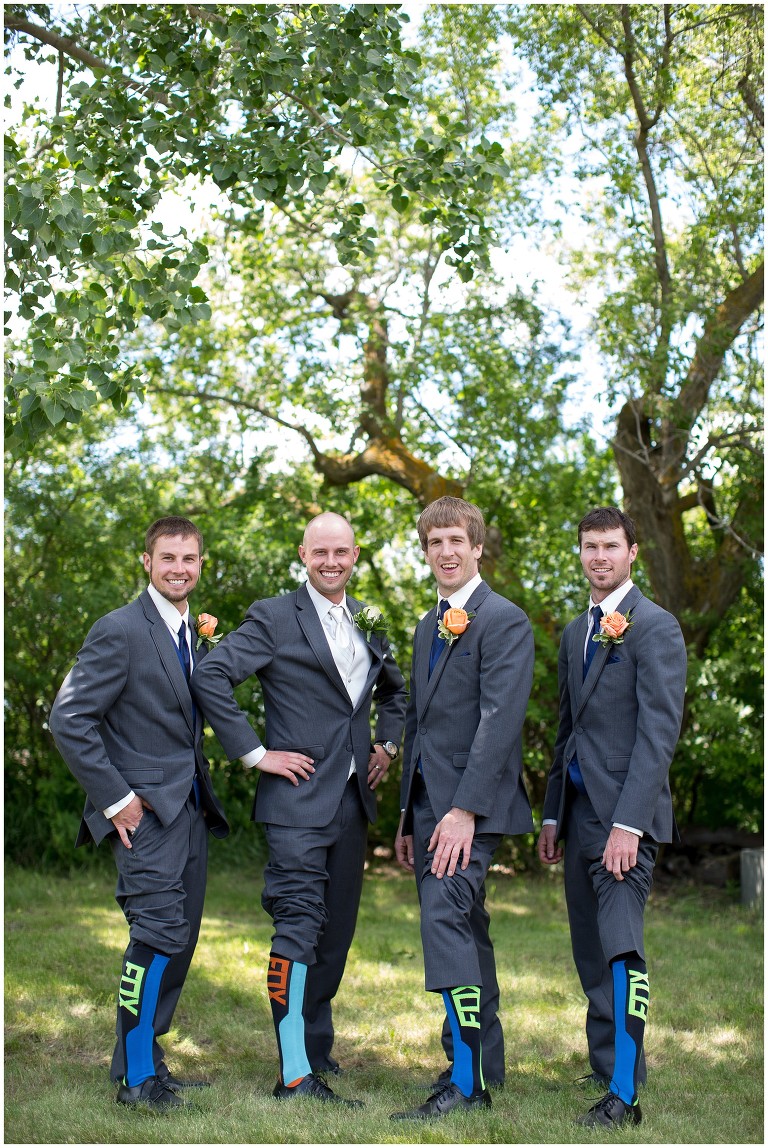 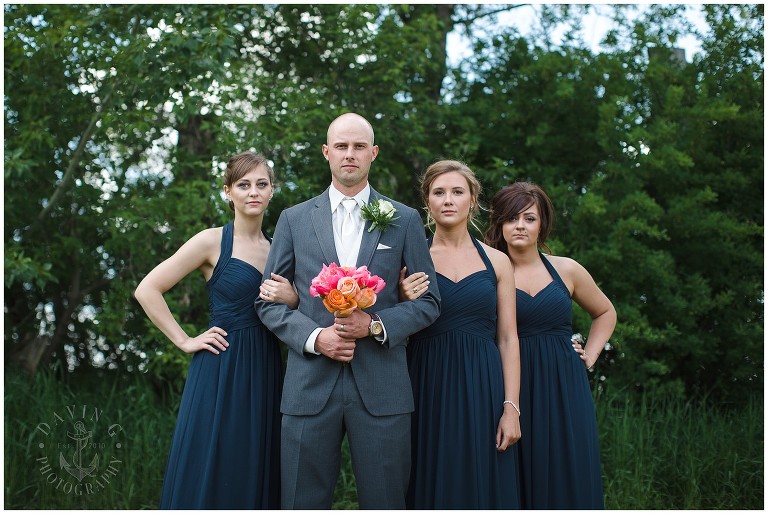 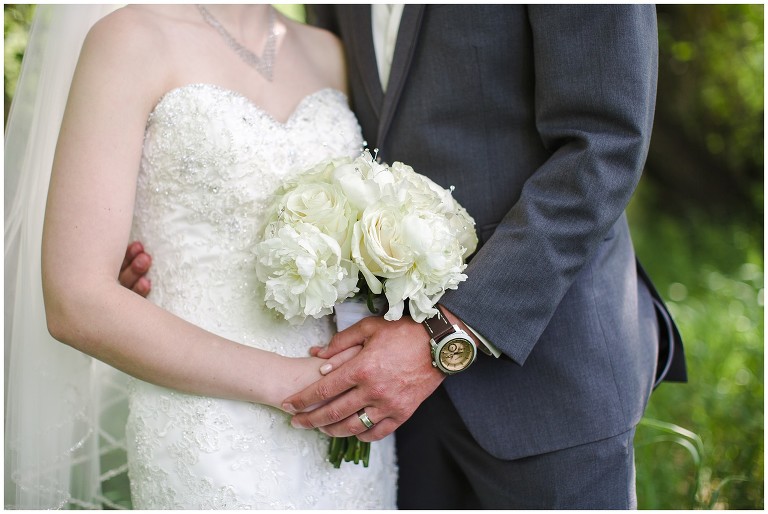 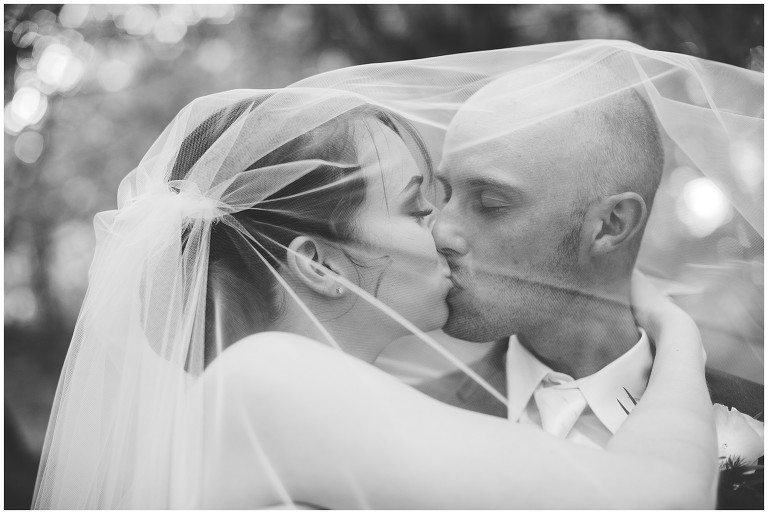 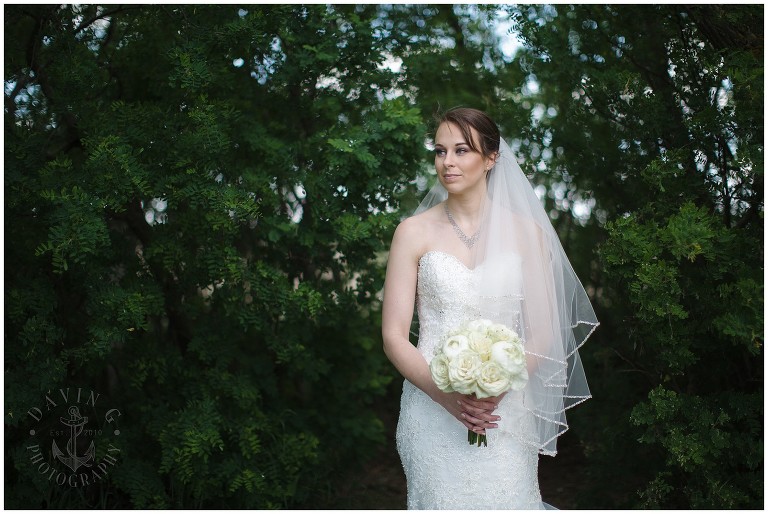 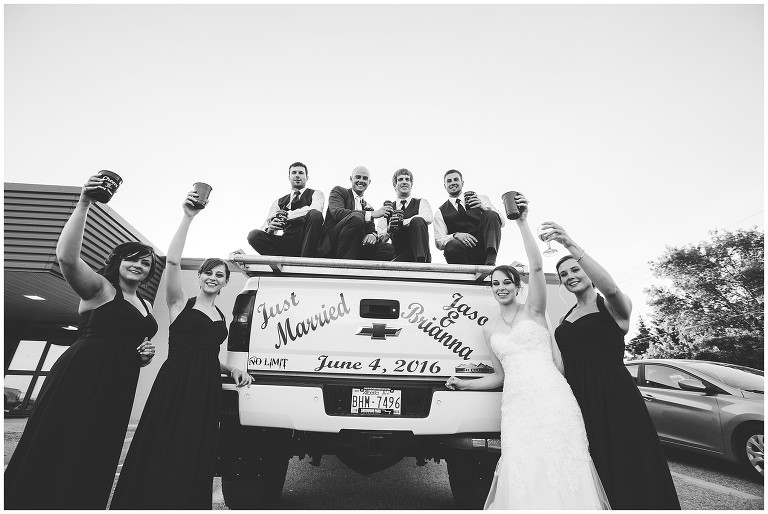